My family did not travel much during my childhood. Any traveling we did do was to visit friends and family, with the visitors crashing on couches and floors. I hated those family trips to San Jose, Vancouver, and once, Montreal. I hated being dragged around to visit aunties and uncles to whom I wasn’t actually related, sitting around uncomfortably with various kids while the adults talked. I remember being bored to death.

But then college happened and I suddenly wanted to see more of the world. I envied my friends who could afford spring break and ski trips. Tuscany and Provence sounded like such exotic places–heck, so did Florida and Bretton Woods! I dreamed about backpacking through Europe and visiting the night markets in Hong Kong and Taipei. That was 20+ countries ago and I am still determined to leave the US at least once a year. Below is a short essay (and some photos) about our travels this past summer, when we spent 4 weeks in London and the South of France.

Being in another country, whether just over the border in Canada or halfway around the world in Vietnam, always makes me consider the world a little differently, like bringing back souvenir perspectives. More than the trinkets and food (there is always food), I remember the people we meet and the circumstances of their lives and communities. Like the lovely older lady who rents out her apartment, full of artifacts from her youthful adventures life. And the Australian innkeepers, whose journey wound through multiple continents before they settled in a tiny village in the South of France. I marvel at the cultural differences—French ladies and their scarves and English pubs and love of football—and try to experience as much of the local life as I can, roaming markets, sitting in parks, chatting with other parents.

But as much as we are different, I often find that our travels make the world feel smaller; we have so much in common, more so than we usually think. Regardless of language or food, there is a universal language of family, community, and shared histories. And with the recent violence around the world, we now have more in common than ever before.

Many of our trips have coincided with difficult situations back home. A few days after 9/11 we were in Canada, unsure how to enjoy ourselves in the aftermath of such tragedy. On the morning of the 2013 Boston Marathon, unbeknownst to us, we were on one of the last flights out of Boston’s Logan Airport before it was shut down because of the bombing. We landed in Mexico, oblivious of the commotion back home with our cell phones abuzz as family and friends frantically tried to reach us to enquire about our safety.

And then this summer, we spent four weeks in London and the South of France while being on a steady diet of disturbing news from home and abroad. We arrived in London on the heels of the Brexit vote, witnessing dramatic protests, crisis in the political leadership, and lamentations of Londoners. Such an international city, London was having a particularly hard time coming to terms with the Brexit reality. Then there were the repeated police shootings of black men back in the States, followed by the news out of Dallas, the tragedy in Nice and the coup in Turkey. It was a surreal and sad few days for us in bustling London—doubly strange to be marveling at historic sites and new wonders while the world was falling apart. And yet, all around us and throughout the world life went on. I confess it was hard for me to make any sense of it all, my mind was overwhelmed and I felt hopeless and small up against such violence and madness. Instead, I focused on daily tasks and planning. I didn’t know what else to do.

But in the back of my mind lurked a persistent unease. While waiting in a tube station I suddenly started to look for exits, wondering how we would flee if there was some kind of terrorist attack. I hated myself for having the thought. On another occasion in the French village of Beaucaire we happened upon a parade honoring Saint Madeleine. We had prime viewing seats at a lovely Moroccan restaurant, and again, I looked for exit routes in case of trouble, eyeing every passing van with suspicion. I looked at Mr. No Nom, wondering if he had the same thought but I was too afraid to ask. I hoped that it was just me.

Throughout the trip, Mr. No Nom and I would have quiet conversations about the news (away from little ears), sharing our disbelief at the violence and state of world affairs late at night. We wondered equally about the ascent of Donald Trump as well as the brazen vitriol of his followers. But Brexit showed us that we are not the only ones preyed upon by fear of foreigners. And violence in France is just as horrible as violence in Dallas. Alas, we Americans do not have a monopoly on fear, violence, or crazy.

The world is smaller today than in generations past. Our tragedies affect more than just us and similarly, we feel the pain of others. I don’t know if that’s a silver lining but it does make me feel a bit more whole and a bit less lost. I hope that our travels help teach our children to appreciate and care about people and places beyond their everyday lives. For better and for worse, this is their world now, too. 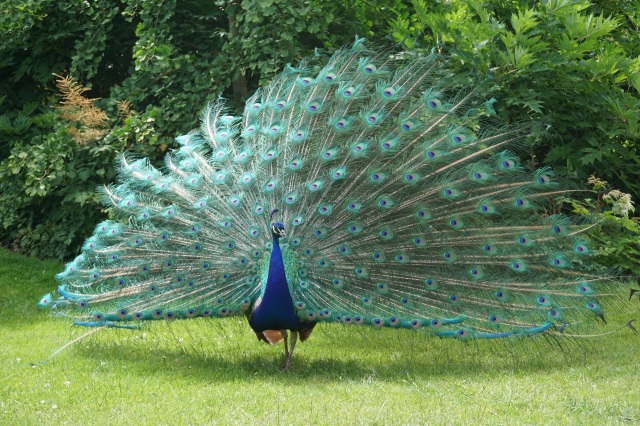 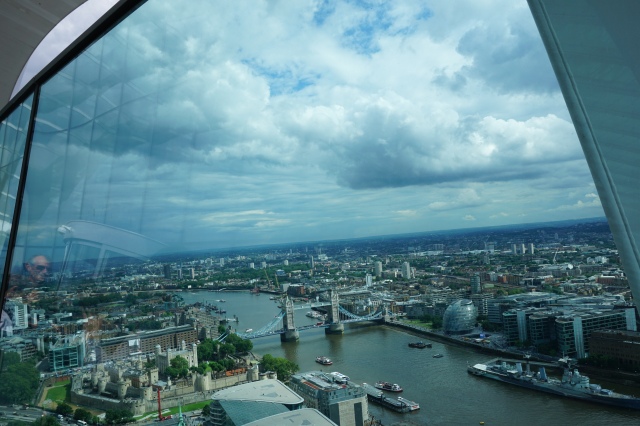 View of London from the Sky Garden 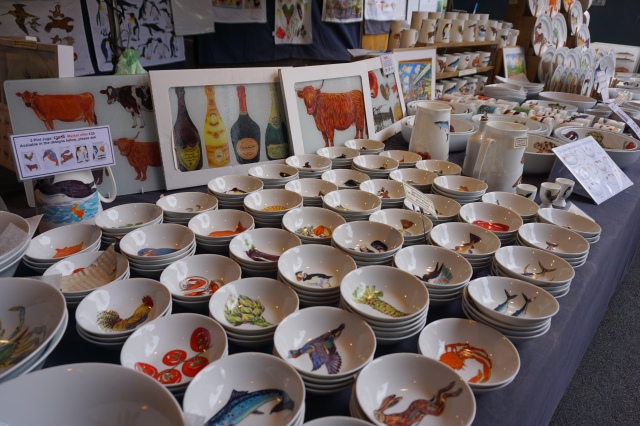 Tablewares at the Borough Market in London 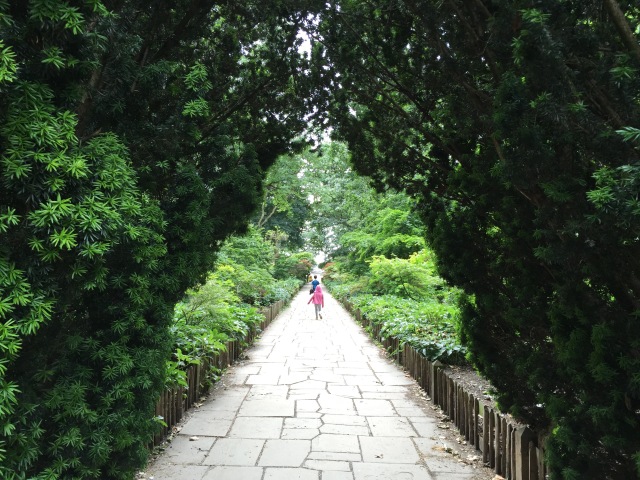 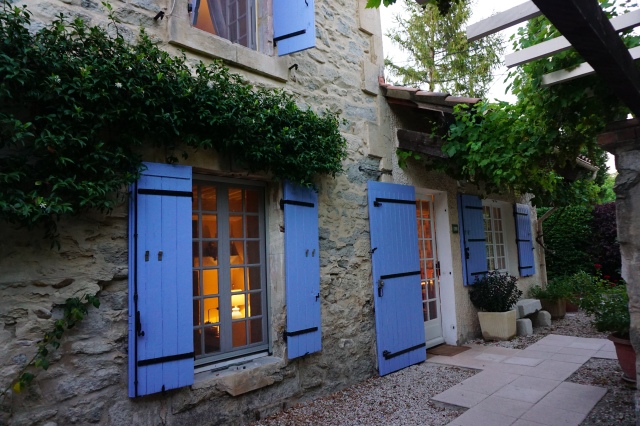 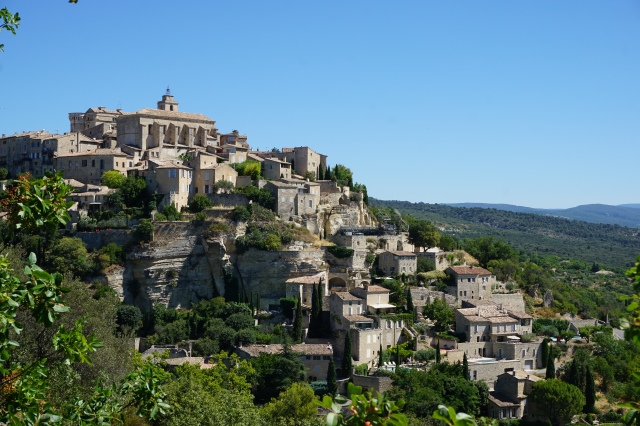 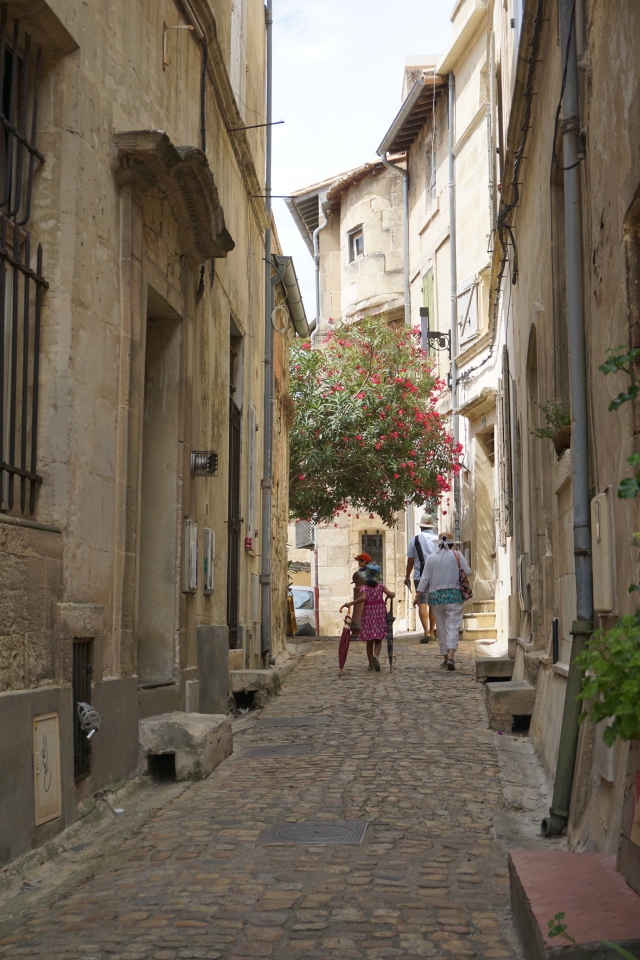 This entry was posted in Uncategorized and tagged London, South of France, summer. Bookmark the permalink.