Pandemic fog and a call to action 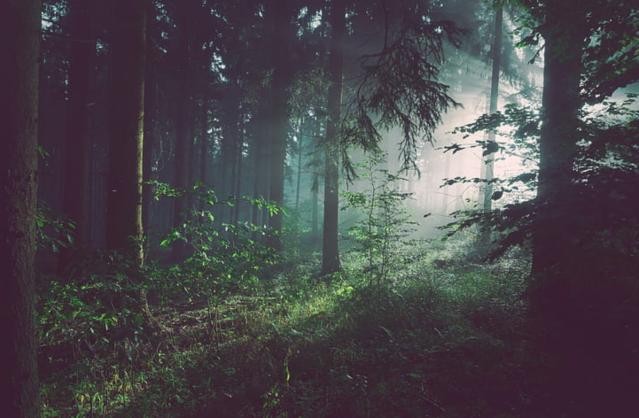 I have been struggling lately on several fronts.  Sometime mid-summer, a malaise seems to have settled over my mind, making it difficult to see the forest for the trees.  Covid-19, racial reckoning, protests, Lysol wipes, face masks, Amazon food orders, the prospect of another year of remote learning–each one crowding the foggy recesses of my mind, obscuring a path forward.  So much was beyond my control and that feeling of helplessness is not part of my natural state. And so, I would go through the motions, feed the family, tidy the house, but not really knowing what would happen next or how to plan for anything. I was numb.

Slowly, the fog has lifted just a little, revealing what is controllable and what is not, what is heartbreaking and what is just noise.  The noise has taken up too much of my mind and it does not go easily, calling to my insecurities and fears. The pandemic in all its horror and longevity, disrupts so much of normal life, least of which is our ability to think, process and plan. How do you plan when the earth keeps shifting? Science is amazing, giving us new information about this virus nearly every day, and yet all the data can be debilitating when every single decision is fraught with consequences.  Do you sanitize your groceries, mail, take out?  How far is 6 feet–is it far enough?  Can we trust decisions made about school re-opening? How will our kids manage remote learning? Dental appointments? Flu shot? So much noise.

Compounding the pandemic induced fog is the state of our political discourse, where the emphasis seems to be more on what divides us than what we have in common. And at the root of this dysfunctional national discourse is the this country’s racist past and present, now manifesting in a collision of BLM versus white grievance, woke versus bigoted. The pain of this racial reckoning is plain to see, from the grief of the black community to the complicity of white allies. It is easy to blame it all on the current occupant of the White House, and certainly he plays an outsized role. But that’s the easy way out and it doesn’t explain how divisive even local politics have become. In Massachusetts we were caught in a horrid debate about the merits of one white man versus another white man. Really? (At the end of the day, I guess I’ll take the white guy from Malden over the white guy from the Hyannis compound, but still.)  More noise.

More maddening noise comes from the Vietnamese American community, some of whom have met this moment of racial reckoning by dismissing the suffering of our black brothers and sisters and renewing support for a divisive and immoral president. A Vietnamese American business man raises a BLM billboard in Houston and is met by outrage and death threats from his own community. Rather than stand in solidarity with the black community, some Vietnamese Americans pretend that they are better by parroting the language of white privilege, equating peaceful protest with violence and looting. They talk about law and order, and forget about the trespasses of our own community (tax evasion, welfare abuse, illegal immigration just to name a few). They neglect to recognize that speaking the language of white privilege does not protect us from racism, that hate against any group is hate against all.

By and large, Vietnamese immigrants have found success in our adopted country, sending our children to college and building small businesses. I don’t begrudge this hard-earned success. But there are many indications that we have come so far so fast that some of us have forgotten our own histories and  have recast our plight as somehow different from those of refugees from Latin America or Syria. They have forgotten what fear and desperation feel like. They hide now behind our success and deny our fellow refugees and immigrants the same opportunities that we so desperately sought. Just as migrants continue to make dangerous crossings across deserts and seas, risking lives and family separation, so did we as boat people. Just as today’s refugees leave behind homes, careers, families, so did we.

Full disclosure: I am one of those Vietnamese American success stories.  A child born of war, raised in poverty, versed in struggle and finally, safely delivered to an upper middle class life in a green and leafy New England suburb. Ensconced in privilege, I have not forgotten the desperation that is forever etched into my bones, nor that my success was made possible by so many public service programs–welfare, food stamps, Pell grants. More importantly, I see myself and my family in the eyes and stories of immigrants at the southern border and in the refugee camps around the world. My heart aches in recognition of their desperation and hopes. So when my fellow Vietnamese Americans turn away from the current immigration crisis, when they support a political party that wants to cut social services and put children in cages, when they care more about anti-communist rhetoric against China, I am disheartened and angry. The same family members who disparaged me for my American-ness, for not being Vietnamese enough and for “losing my heritage,” are the ones who have truly forgotten our history. The joke’s on them; I have never forgotten from whence I came.

What do I do with all this now? I don’t know. Writing down these thoughts has helped to lift the fog a bit. I know better than to hope that people will change their minds and I am ashamed to admit that some of these people are my family members. I was raised to never talk back and to never question my elders. But silence is not an option. I think it’s time for me to talk back and offer my Vietnamese American community a different narrative.  Maybe, just maybe, I can channel the anger and frustration to pull myself out of this funk and effect some productive change. Wish me luck.

This entry was posted in musings and tagged family, pandemic, racism, Vietnamese American. Bookmark the permalink.

3 Responses to Pandemic fog and a call to action