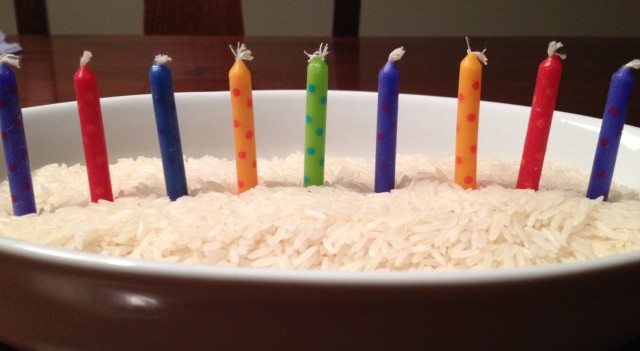 It’s been over two months since I last posted and a lot has happened.  This blog is first and foremost about Vietnamese cooking, but I’ve always known that other topics would intrude.  I entitled the blog “in the soup” not just as a reference to all the wonderful Vietnamese soups that I love to make, but also as a reference to the complexities of life.  And I have been preoccupied with these complexities of late.

First, it was the election.  Though I hold liberal views for as long as I can remember, I do not usually consider myself to be very politically outspoken.  Living in ultra blue Massachusetts also made me less inclined to preach to the choir, and most of my friends are also pretty liberal.  But for some reason, the past two presidential elections have gotten me really worked up.  This time around, I found it hard to ignore the extreme positions and rhetoric espoused by the GOP and their presidential nominee.  I found myself oscillating between utter disbelief and anger.  My poor Facebook friends suffered a barrage of soapbox speeches on marriage equality, equal pay for equal work, access to family planning services, immigration reform, Obamacare, etc.  I even posted comments during the debates–using Facebook like a twitter account and disparaging the GOP ticket for everything from their policy positions to the sound of their voice and color of their spray tan.  I am thankful that no one unfriended me–that I know of–and that Mr. No Nom shares my values and is still my husband.  I (and my friends and family) breathed a heavy sigh of relief when it was all over.

Second, with Soup-er Girl finally starting daycare this past September, I finally launched into a painfully slow job search with a very narrow focus on venture philanthropy and nonprofit consulting.  Everyone can understand the cruelties of looking for work–whether you have pressing financial needs or looking for a career switch.  Writing resumes and cover letters are about as rewarding as eating a bad bowl of pho; not only do you have to find a way to toot your own horn without seeming to do so, but every job application is an invitation to be judged by strangers.  Oh, those automated email acknowledgements always say that applicants who are not further contacted shouldn’t feel any less accomplished, but really, does anyone ever buy that?  I know I don’t.  And then there’s the apprehension that I might actually get one of these jobs–yikes, how am I going to juggle a fulltime job and maintain the kind of family life to which we’ve grown accustomed?  How am I going to find the time to make giant vats of pho and bun bo hue?  At this point, I’m not sure if it’s better to be employed or not, though I surely sympathize with all working mothers out there.  So if anyone knows of a venture philanthropy position with great flexibility, please pass it along!

Then Thanksgiving came.  For the past 17 years I have spent Thanksgiving in Baltimore with Mr. No Nom’s family, which means that I usually don’t have to cook much and there are more people around to entertain the kids.  But traveling with two kids during the busiest travel time of the year is still exhausting, plus the airline lost one of our car seats.  Oy.

Of course, everyone knows that Thanksgiving is just the beginning of the holiday crazies.   I am only writing this post now because the rice and birthday candle menorah has been lighted (Mr. No Nom is half Jewish), all the holiday cards sent, the gifts wrapped or at least ordered, the outside lights are on, and the Christmas tree is properly trimmed.  Hopefully, Mrs. Next Doors and I will finally have some time to sit down and plan out the Christmas Eve feast.

PS. As I write this post, my heart hurts for the families in CT.  Like many parents, I cannot even begin to put into words how much this hurts and how very close to home it strikes.  I hug my children closer, grateful for our time together in this beautiful, bewildering, and sometimes heartbreaking world.  Happy holidays everyone.

This entry was posted in musings, Uncategorized. Bookmark the permalink.